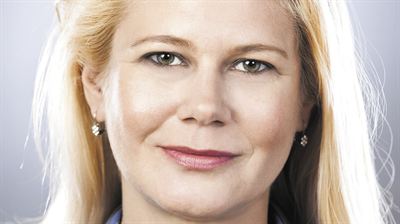 Proposal on the number of members of the Board of Directors

Proposal on election of members of the Board of Directors

Shareholders representing approximately 17.09 per cent of the company's shares and approximately 61.31 per cent of the votes propose to the Annual General Meeting that the current members of the Board of Directors Mr. Thomas Bengtsson, Mr. Peter Carlsson, Mr. Lassi Noponen, Mr. James Penney and Mr. Matti Vuoria be re-elected according to their consents and Mrs Gudrun Giddings be elected according to her consent as a new member of the Board of Directors.

Gudrun Giddings (Beverly Hills, California) has more than 20 years of experience in different capacities within entertainment industry in Hollywood. She is the CEO and producer at G4C Innovation and is a Co-founder of Entertainment Capital Network as well as the U.S. Ambassador for Scandinavian Film Locations. Gudrun serves on the Board of Directors for Mentor Foundation USA, founded by H.M. Queen Silva of Sweden and the World Health Organization. She is also a Board Member of Swedish American Chamber of Commerce USA and is the President and Chair of The Swedish American Chamber of Commerce-Los Angeles. Gudrun previously served as a Producer and Vice President of Production at Paradox Entertainment. Before joining Paradox, Gudrun was the Director of Production for Davis Films, under the distribution company Metropolitan Filmexport.

In accordance with the Articles of Association of the company, the term of office of the members of the Board of Directors ends at the closing of the Annual General Meeting following the election.

The above-mentioned shareholders’ previous proposal on the remuneration of the members of the Board of Directors is not amended.

Cleantech Invest is a Nordic accelerator with investments in growth companies that solve global challenges. The portfolio companies are active in energy- and resource efficiency as well as decentralized renewable energy and are based in Finland, Sweden and Germany. The company management consists of company builders and investors who have been active within the cleantech space for over a decade.The company is listed on First North Finland under the ticker CLEAN and on First North Stockholm under the ticker CLEANT A.

Notice to the Annual General Meeting of Loudspring Plc
30.06.2020

Loudspring and NEFCO agree on increasing loan facility with 1 million EUR and removing the conversion option
26.06.2020

Eagle Filters respirator production starting and the company begins production of its own Meltblown material
05.06.2020

Eagle Filters is preparing to start production of high-quality respirators in Finland
29.04.2020